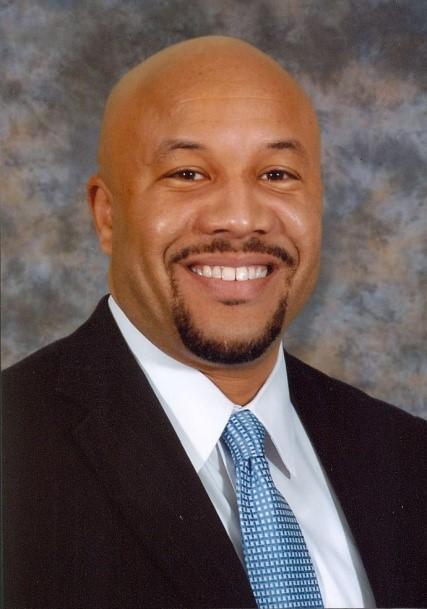 Dr. Stiles Simmons began his duties as Superintendent of the Westwood Community School District on July 1, 2018. He is excited about the opportunity to work with the Board of Education, staff, parents, and community leaders to improve outcomes for students.

Dr. Simmons has an unwavering belief in the potential for every child to lead a quality life filled with meaning, as well as accomplishment. He understands and models the benefits of hard work and hopes by doing so, students will see the potential within themselves. He also believes that serving families is an essential part of the educational process.

As a direct result of his beliefs, Dr. Simmons has demonstrated his commitment to public education by serving as an elementary teacher and Reading First Literacy Coach with the Detroit Public Schools. In 2009-2011, he served as the Chief Administrative Officer with Mosaica Education, Inc. in Washington, D.C. He also served as Elementary School Principal at the Baldwin Community School District from 2007-2009 and then returned as Superintendent in 2011.

During his tenure as Superintendent of the Baldwin Community School District, Dr. Simmons spearheaded multiple initiatives and programs that resulted in positive student outcomes. For instance, the percentage of graduates attending college increased dramatically from 37% in 2009 to 61% in 2017. The graduation rate of Baldwin Senior High School under his leadership also increased from 55% in 2012 to 90.9% in 2016, and the ACT and SAT scores rose as well. He credits the staff, parents, community partners, and Board of Education for the dramatic turnaround.

In addition to his education, Dr. Simmons has studied educational reform for more than ten years and has a track record of working with parent and school organizations to implement education reform initiatives designed to improve student achievement and performance. He is interested in this work because of his strong commitment to preparing all students for college, career, or the armed services.

Dr. Simmons looks forward to continuing the excellent work happening in the Westwood Community School District. He has an open door policy and would welcome community and parent input on improving the education of the children enrolled in the District. Dr. Simmons can be reached at 313-565-3864 or by email at simmonss@wwschools.net to take any questions, comments, or concerns.

Office of the Superintendent